Wizard City is one of five "worlds" in Wizard 101 (the others are Krokotopia (and Krokosphinx), Marleybone, MooShu, Dragonspyre, and Grizzleheim. It is where all players begin the game, and is the only place that can be played without purchasing either Crowns or a game subscription.

Wizard City is at the center of all things. The entire city has sprouted up around Bartleby, the World Tree. Bartleby protects all worlds by eternally maintaining a connection to them along the Spiral. Wizard City is also home to the Ravenwood School of Magical Arts and its esteemed faculty of renowned Wizards. All Wizards get their start in learning about magic and choosing a specific class at this historic institution. 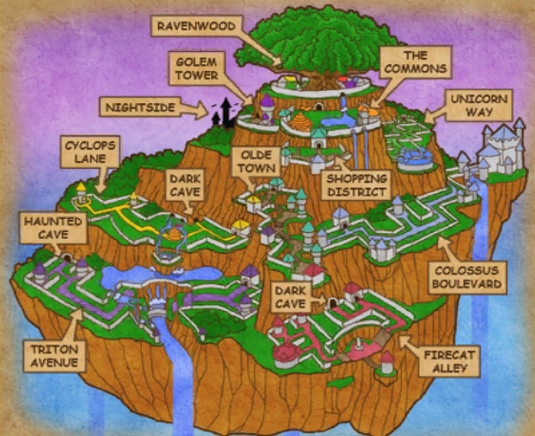