One of the three streets branching off of the Olde Town, Firecat Alley is home to a variety of both Undead and Fire-type creatures. As in other areas, the Alley became plagued with Undead, and so the Fire Elves were called upon to help combat the scourge; unfortunately, the Fire Elves themselves became corrupted, and it is up the player to discover the cause and bring an end to it. This area requires 750 crowns or membership to access.

Additionally, this street has a smith, an history book and an house statue (the last two are rewards from the main boss, Alicane Swiftarrow). 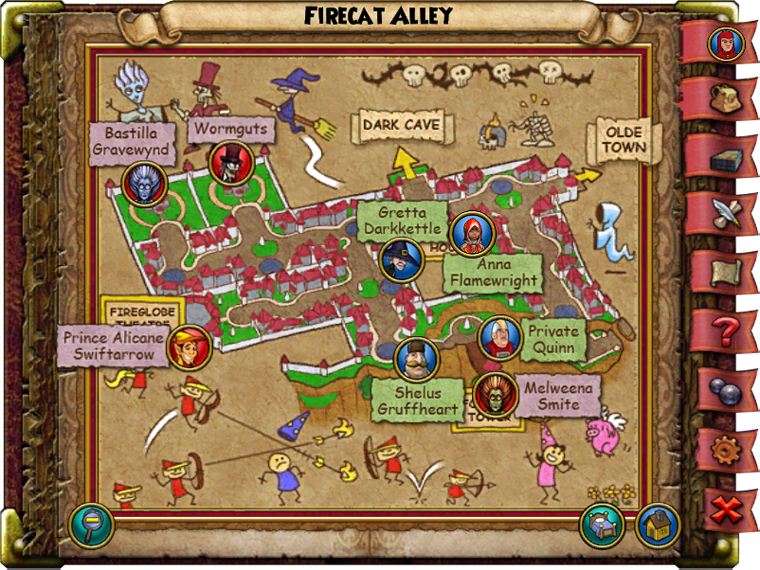 Retrieved from "https://wizard101.fandom.com/wiki/Firecat_Alley?oldid=162977"
Community content is available under CC-BY-SA unless otherwise noted.