Dragonspyre is an ancient, haunted world. Once an advanced militant society, Dragonspyre had an esteemed Academy rivaling that of the Ravenwood School of Magical Arts in Wizard City. The inhabitants once held a special interest in Fire Magic.

Legend has it that in the summoning of a great Dragon Titan, the world was changed forever. Its great buildings and stone columns crumbled before the coming of the Dragon Titan.

Now, it has become a land of fire, lava, dragons, and ghosts. 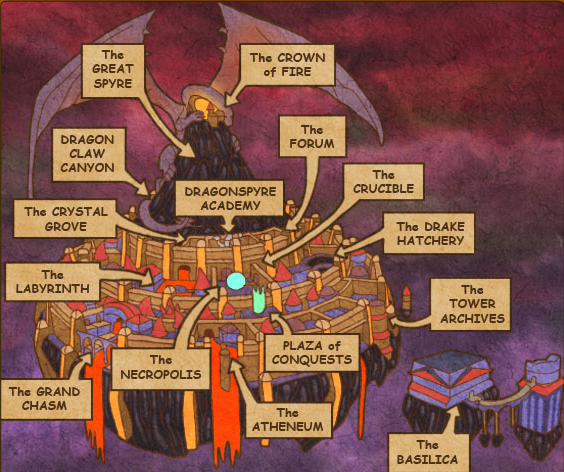 In the game, to get into Dragonspyre you must defeat the Myth teacher, Cyrus Drake.

Retrieved from "https://wizard101.fandom.com/wiki/Dragonspyre?oldid=134154"
Community content is available under CC-BY-SA unless otherwise noted.